Thanks to everybody for hopping over this way! Down here in Florida, most of our winter nights aren't too bad, but there have been some doozies. My way to handle the unseasonable cold (hey, 20 degrees for Florida is pretty unseasonable, even for January) is to curl up with a blanket, the cats, and a really good book. Hopefully you find some while you're out on your search.

So here’s how the Scavenge works…

Easy, right? And like I mentioned earlier, hopefully you'll find some amazing authors and books while you're out there.

Good luck and thanks so much for participating!

Happy Anniversary to Me!

Roughly one year ago, the first book in the Winged series was released. This was something that was incredibly important to me--the very idea of this series had consumed me for so long I HAD to write it. There was no putting it off and once I started there was no turning back or slowing down. I was all in from jump.

And I have never regretted it. Not once.

The series took a lot of twists and turns. The love interest was one character, then another, then the first again, then both--which is something I really didn't anticipate but in hindsight, I can say I should have seen it coming. There was tragedy and war and heartbreak. I wrote about topics and subjects I would never have thought to write about, especially in what some might call a paranormal romance novel.

But again--I don't regret any of it.

This is also the first series I've done that will lead to a spin-off--two spin-offs, actually. And though I'm not a huge fan of spin-offs, I'm beyond excited about the next two chapters in the Winged world. The first group, Legacy, will be released May-August of this year. The second, tentatively titled Memory, will release June-August of next year.

Later this month, I'll be having an anniversary party of sorts, complete with prizes AND a special bonus scene featuring a few favorite characters. More on that as it develops.

This past year with Winged has been amazing. Here's to continuing the journey. 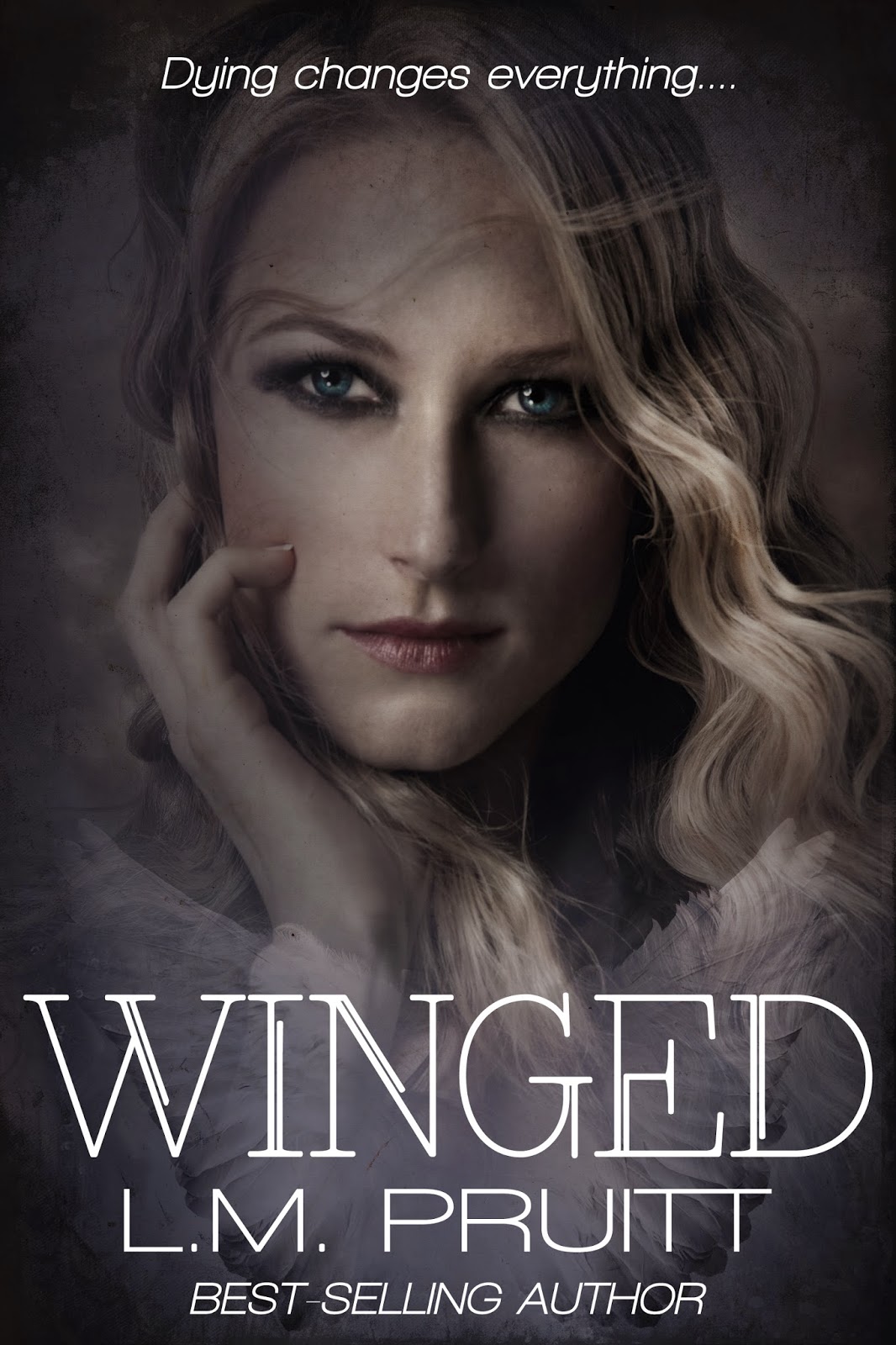 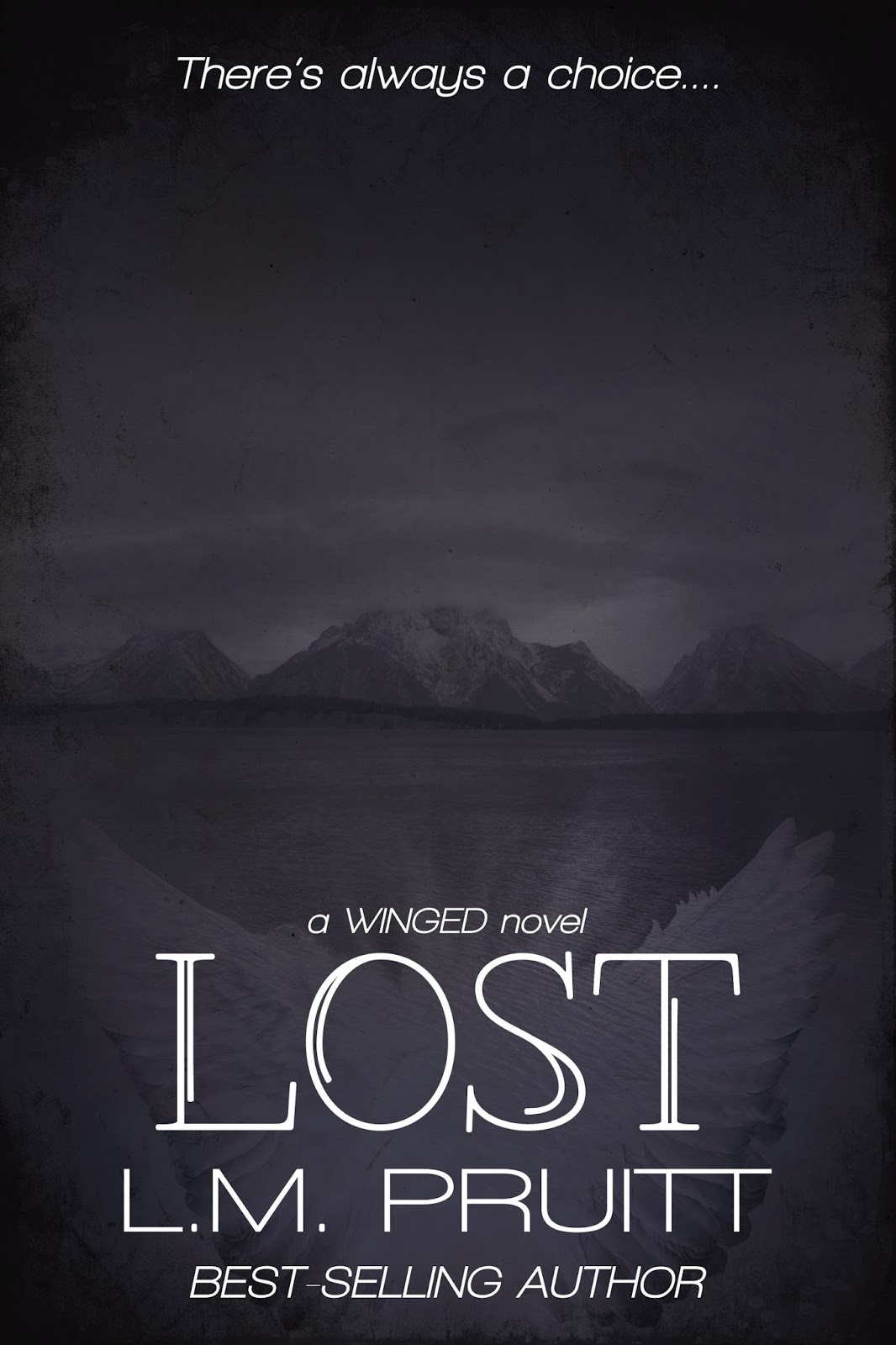 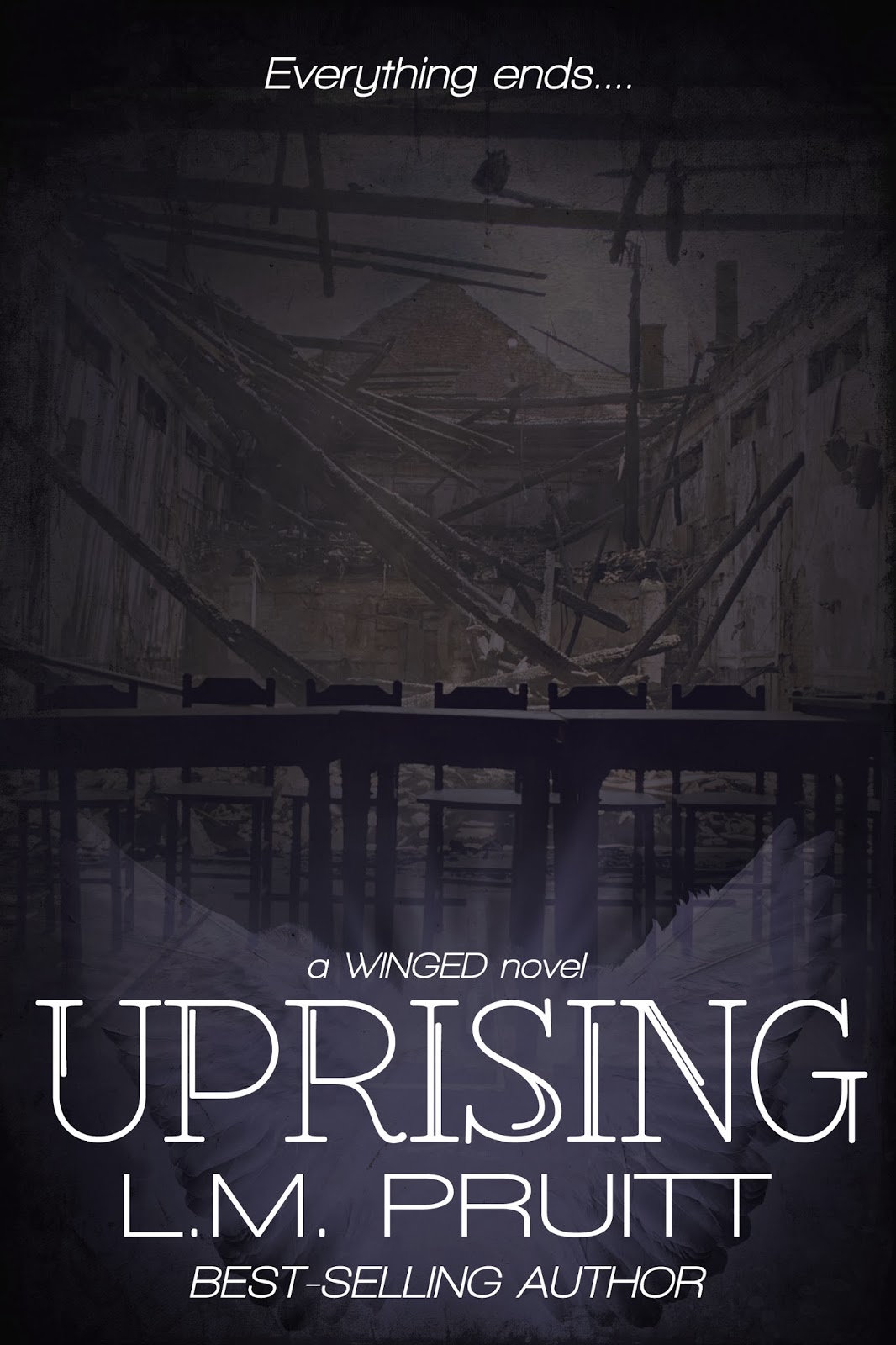 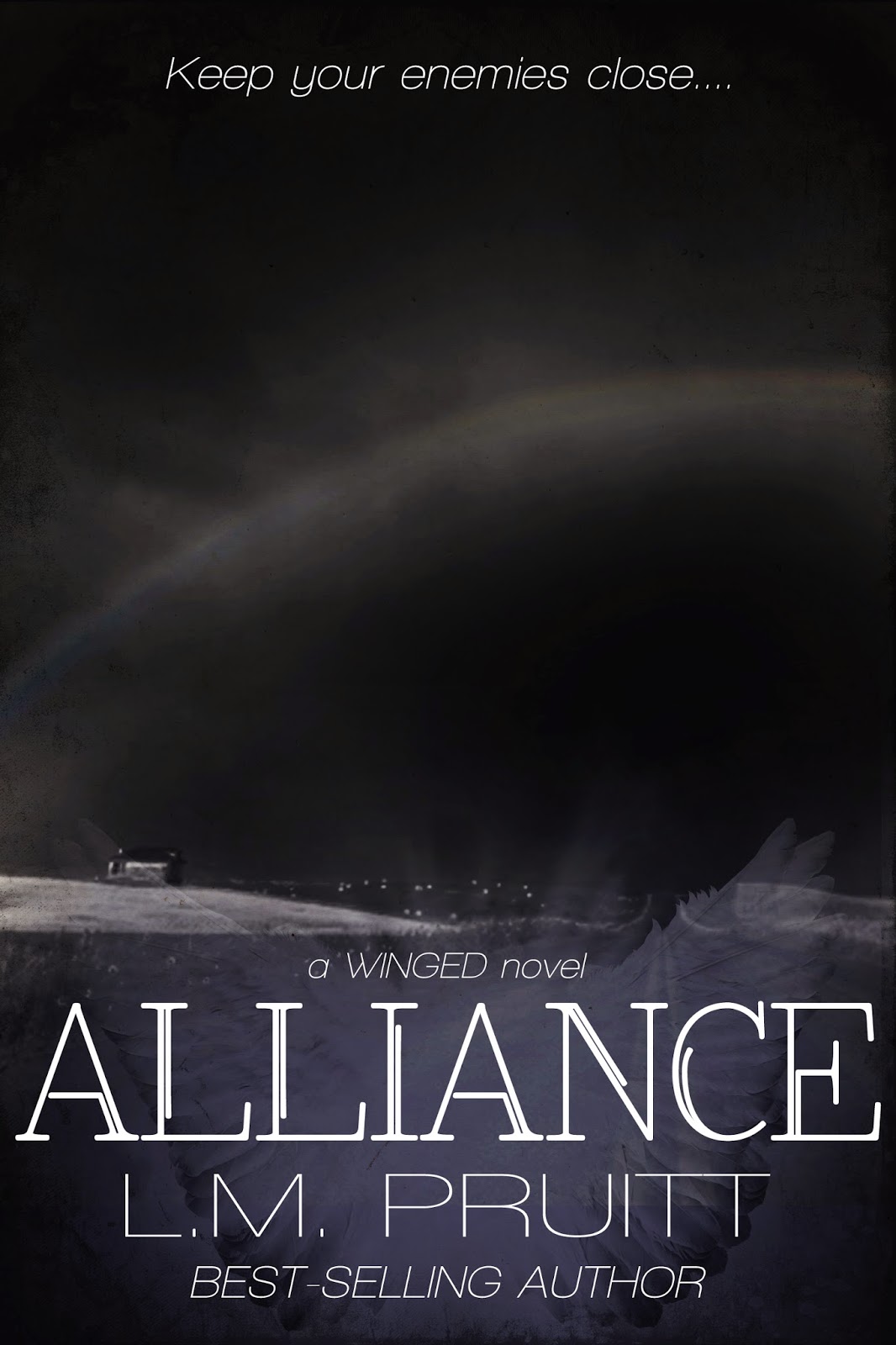 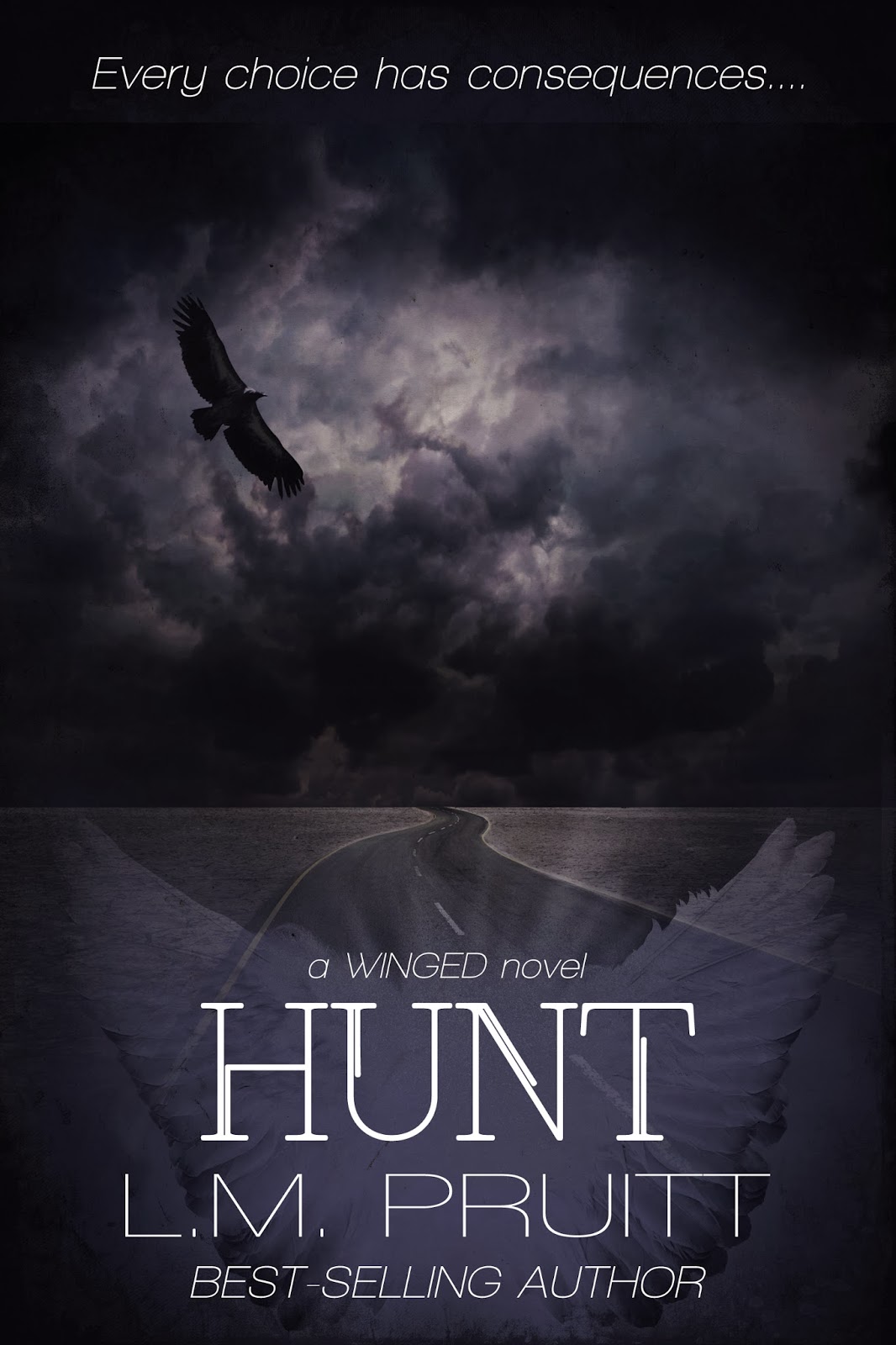 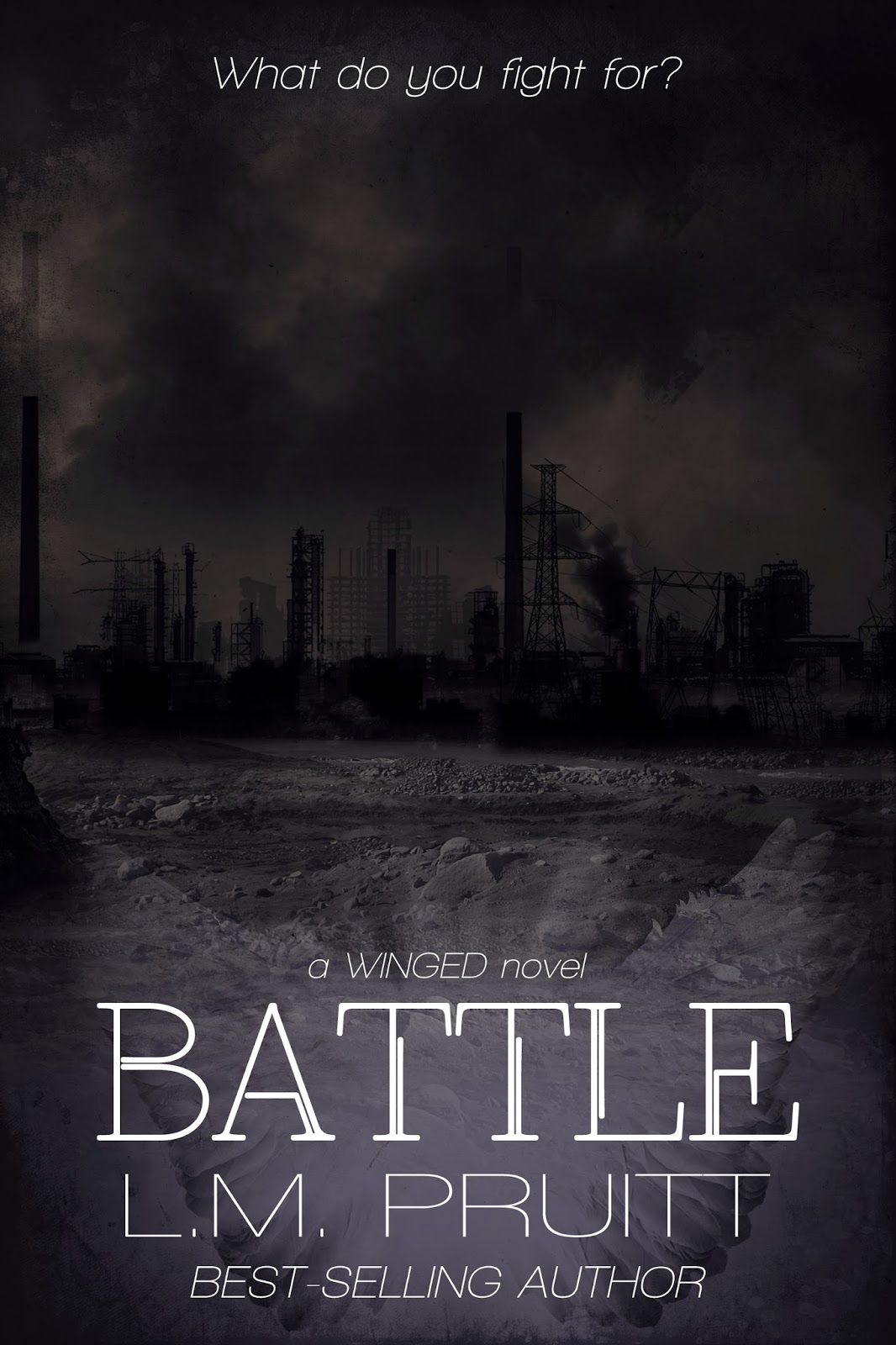 Before someone points out the obvious--yes, I know it's been a new year for like a month now. Whatever--better late than never.

This is my first post in a looooooonnnnnnngggggg time. In all fairness, I probably could have put a few more letters in that word and still not account for the time I've been wandering in the wilds. All I can say is 2013 was a VERY hectic year and while 2014 isn't shaping up to be any slower, I'm going to make more of an effort this year to get back to some of my roots--in this case, blogging.

You may have noticed the title of this blog has changed--don't worry, there will still be talk of food and urban fantasy and paranormal romance and all sorts of things. But rather than try and fancy it up, I'll be talking about things in the language of my people--aka, Southern folk.

This doesn't mean I'm going to suddenly start chewing tobacco (uh, gross) or swigging moonshine (geez, kill the liver in one gulp, why don't you) but rather that I'm going to acknowledge myself, my friends, and my family, view certain things differently based on the culture we've grown up in. As I've gotten older, it's easier for me to see the wrong in some things and the right in others and while I'm not going to get up on a soap box and preach about the glory of the South (and are soap boxes really all that sturdy? serious questions), I'm also not going to shy away from being proud of where I come from, even when people do stupid things.

And I live in Florida. We're practically the capitol of people doing stupid things.

So once or twice a week, be prepared for a view point full of snark, sass, and silliness, on anything and everything, all while keeping that wonderful Southern gentility you've heard so much about.


(In case you're unaware, "bless your heart" can have a variety of meanings, from genuine pity to the most polite "fuck you" ever issued--I'll leave it up to y'all to decide which meaning can be applied to each post)
Posted by L.M. Pruitt at 2:14 PM 15 comments:

It's Teaser Tuesday! This is from an oldie but goodie, Face the Fire, by Nora Roberts

Something shivered on the air, like warm hands brushing her cheeks. It wasn't comfort she wanted, or the urge to be patient. So, she turned from them, from the cliffs, and the sea. Her cloak whipped behind her as she ran toward the lights of home.

I'm alive! Some of you may have wondered where I've been--the short answer would be, really sick. And I'm willing to admit that when I'm really sick, I have no desire to do anything. I pretty much just curl up in my bed and sleep. That's it. I really don't even want to read a book, which should tell you something right there.

And now that the doctors have (mostly) figured out what the heck is wrong, I'm on some medication to deal with it. Which means I feel more human than I have at any point in the past two weeks. Let's hear it for modern medicine, eh.

So, a little revamping on the blog--Tuesday will now go back to Teaser Tuesday, which may or may not taken from a book I'm reading. It may just be taken from a book I pull off my shelf and I think is soemthign tht others will enjoy reading. Wednesday I'll be sharing snippets and character bits from the upcoming release, Winged. Thursday will still be random. And Friday will still be the occassional food blog. I'm really bad about Fridays, I know. I'll work to be better.

It's that time of the week again where we delve in to the deep, dark recesses of the human mind and psyche. As always, the information below--and the full story--can be found at True Crime Library.
Judith and Alvin Neelley

Eighteen-year-old Judith Neelley lured teenagers to a horrible death, but only after they had been raped and tortured. It was the consensus of those who listened to the various witnesses that Judith was the brains behind the most serious of the couple's offenses. It was she who had persuaded Alvin to participate with her in the brutal crimes, not the other way around. When they had lured Lisa Millican into their car and molested and killed her, it was Judith who injected her with liquid drain cleaner and who then shot her.

She was also the person who shot John Hancock and left him for dead. The question for a jury was whether she had done so because she herself was psychologically disturbed or whether she had been forcibly subordinated to Alvin in such a manner that she would do whatever he wanted, even when he was not around. They had decided that she was aware of what she was doing and had not been under anyone else's power.
Posted by L.M. Pruitt at 4:30 AM No comments:

I was both worried and excited about the release of Iced. Excited because, hello--it's the next book in the Fever series and that right there is enough to excited about. Nervous because I'm really, really hoping the relationship end game doesn't involve Ryodan.

At this point I can say there is still hope that the man of my dreams will still be free in a few years. But there is also still worry. So much confliction!

There is, of course, plenty of Fae action. We get introduced to some new types of Fae, some of them more than a little creepy. And the Big Bad is one of those kinds of Fae. Let's just say that I was as confused as everybody in the book and all the way up until the last moment I didn't have a single damn clue what was causing the damage or how to fix things.

There is also the requisite love shape. In this case it's a square. Or more like one of those crazy four sided shapes with weird angles. Right now I'm footing for the one with the least angle, if that makes sens, but like I've said, I've got a personal stake in this.

Do we find out more about Dani's past? Yes. Do we get hints about what's going to happen down the line in regards to Cruce/V'Lane? Yes. Do we get acquainted more with the various "men" who make up the Nine? Kind of. There's still lots of questions and hopefully they'll get answered.